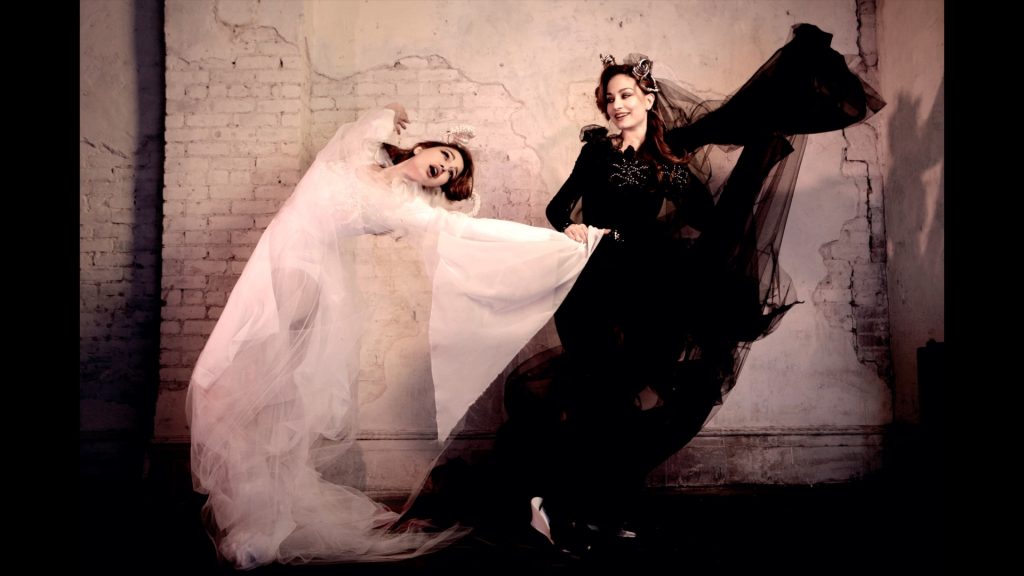 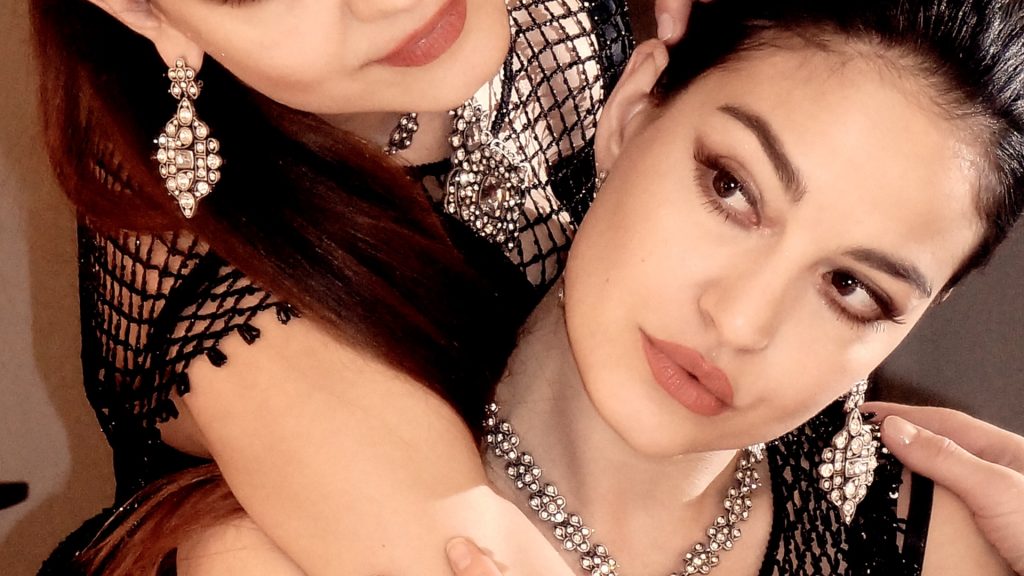 Mihaela is an accomplished artist: actress, writer, composer, singer, dancer, painter, fashion designer.
Mihaela is the author of the cinema novel of 544 pages – “WICKED CLONE or how to deal with the evil”, a bestselling novel on Barnes & Noble, a magic realist book with a theme related to Dante Aligheri’s Divine Comedy, Ibsen’s Perr Gynt, Paulo Coelho – The Alchemist. Based on the novel, Mihaela majestically penned the WICKED CLONE THE CINEMA MUSICAL, a musical play that inspires you to conquer your wicked clone and reach your Life’s greatest purpose!  Mihaela is also the author of the poetry book “Rage and Love” (2006), of the poetry book “Wicked Clone or how to get reborn” (2015), of the cinema play “Wicked Clone or how to deal with the evil” (2015) and of two screenplays for two feature films which are in pre-production.

Mihaela is also the fashion designer of the WICKED CLONE The Cinema Musical Costumes that you can see throughout the play, garments that feature elements from Mother Nature, Romanian folklore, combining a futuristic couture with an old Renaissance and elegant touch.

Along with her twin sister Gabriela, Mihaela is featured and credited as a writer and performer on Jay-Z & Kanye West’s multi-platinum and four-time Grammy award-winning album “Watch The Throne”, on the song “Murder To Excellence” that is widely considered and reviewed as “the centerpiece of the album.”

The cinematic musical play “Wicked Clone”, based on the “Wicked Clone” novel opened off Broadway at the Davenport Theatre March 1st 2018 and ran most recently at the American Theatre of Actors starring Mihaela and Gabriela Modorcea as performers, authors, composers, and choreographers. Mihaela and Gabriela have also guest starred on Law and Order: Special Victims Unit, NBC, Fox News, Tyra Banks show, and in movies such as Van Wilder 2: The Rise of Taj, No Love in The City, etc.
In reviewing Mihaela’s poetry book Rage and Love, journalist Dorin Grigore wrote:
“Reading this book, it’s impossible not to ask God: Oh, Lord, who could ever rise to the love this girl offers? This divine chemistry through which rage turns into love is amazing and overwhelming.”
“Mihaela Modorcea creates a visionary landscape of ideas, full of passion, carnal force and great power.”
“Mihaela Modorcea reinvents language itself, in that she looks for the “other” way of naming things, as Plato said in his Cratylus dialogue.” “In Mihaela Modorcea’s verses there lies a theatricality of Shakespearean origin, an air of northern poetry, a steam from Ibsen and Strindberg; her verses are a leaven of Puck’s fantasy…”

Mihaela wrote over 250 songs together with her twin sister; she can sing in 7 different languages but her most favorite language is the language of Love, as one of her songs is entitled. 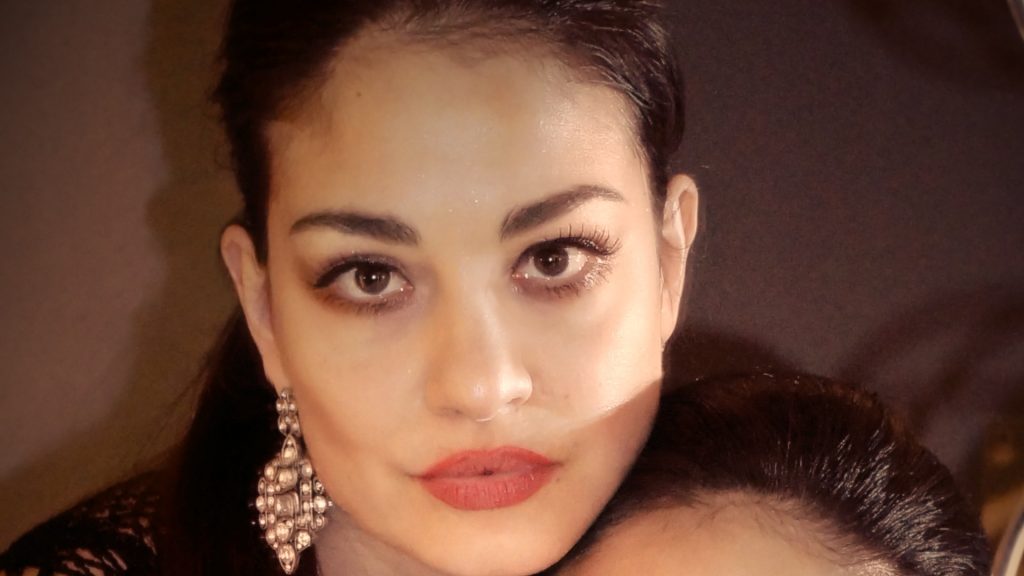 Gabriela Modorcea is a multi-talented artist just like her 5-minute older twin Mihaela. She is American Transylvania-born NYC-based professional actress, singer, composer, dancer, choreographer. She is the music producer, arranger, film editor and the “little Mozart” composer of the duo, as her sister names her.

Both “Renaissance” twins graduated with honors from the prestigious National University of Theatrical Arts and Cinematography (UNATC) of Bucharest –Bachelor degree in theater and film specializing in Musical Theatre, where they were fortunate to study with theater and film directors Francis Ford Coppola, Roman Polanski, Andrei Serban, and Krzysztof Zanussi. In Bucharest, the twins played the leading roles in the award-winning musical “The Two Orphans” and in other theater plays. The Modorcea twins also studied Acting at Schule des Theaters “Der Keller” in Cologne, Germany and took private acting classes with American actor Paul Sorvino.

For the past 9 years, Mihaela & Gabriela have created, written, composed & produced an ample cinematic project based on Mihaela’s 544-page magic realist novel WICKED CLONE or how to deal with the evil, a #1 Art bestseller on Barnes & Noble, a fairy-tale novel about life without ending and youth without aging that revolutionizes and invigorates the American pop culture concepts:

Based on the novel, Mihaela wrote the cinema musical play WICKED CLONE or how to deal with the evil, whereas Gabriela composed, arranged and produced the pop symphonic music and soundtrack featured in the play (21 original music compositions, 90-minute soundtrack). Together they choreographed and perform their magical cinematic musical having previously showcased it off Broadway @the Elektra Theatre, Lynn Redgrave theatre, Laurie Beechman, St. Luke’s theatre. Here is a sample of the twins’ performance @ Broadway Sessions, Laurie Beecham Theatre: https://www.facebook.com/indiggotwins/videos/10154754528852448/

Indiggo twins’ music was released by Sony BMG and featured throughout 20 countries; Mihaela and Gabriela’s La La La composition is featured and credited on Jay-Z & Kanye West’s multi-platinum and 4-time Grammy award-winning album “Watch The Throne,” specifically on “Murder To Excellence,” which is widely considered and reviewed as “the centerpiece of the album.” (New York Times). A number of top music producers have written with and for Indiggo Twins, including Swizz Beatz (Beyoncé, Jay-Z), Rockwilder (Christina Aguilera), Peter Zizzo (Celine Dion, Avril Lavigne), and Paul Oakenfold (Madonna).

The twins are also teaching together their popular dance class HIP HOP BELLY DANCE at Stepping Out Studios, NYC, every week.

Gabriela guest starred on popular TV series & films such as Law & Order: SVU (Hothouse episode along Mariska Hargitay & Christopher Meloni), No Love in the City, Van Wilder 2, The Rise of Taj (along Kal Penn), Casting Popescu & in other short films made by the twins themselves.

Gabriela is an avid roller-blading and figure ice-skating lover and she loves to slide on the ground or ice whenever time allows her.  You can also see Gabriela roller-blade in the Wicked Clone The Cinema Musical while tracking down her sister through the tunnels of Lucifer, through the head of God and back in New York City, her favorite juicy apple. 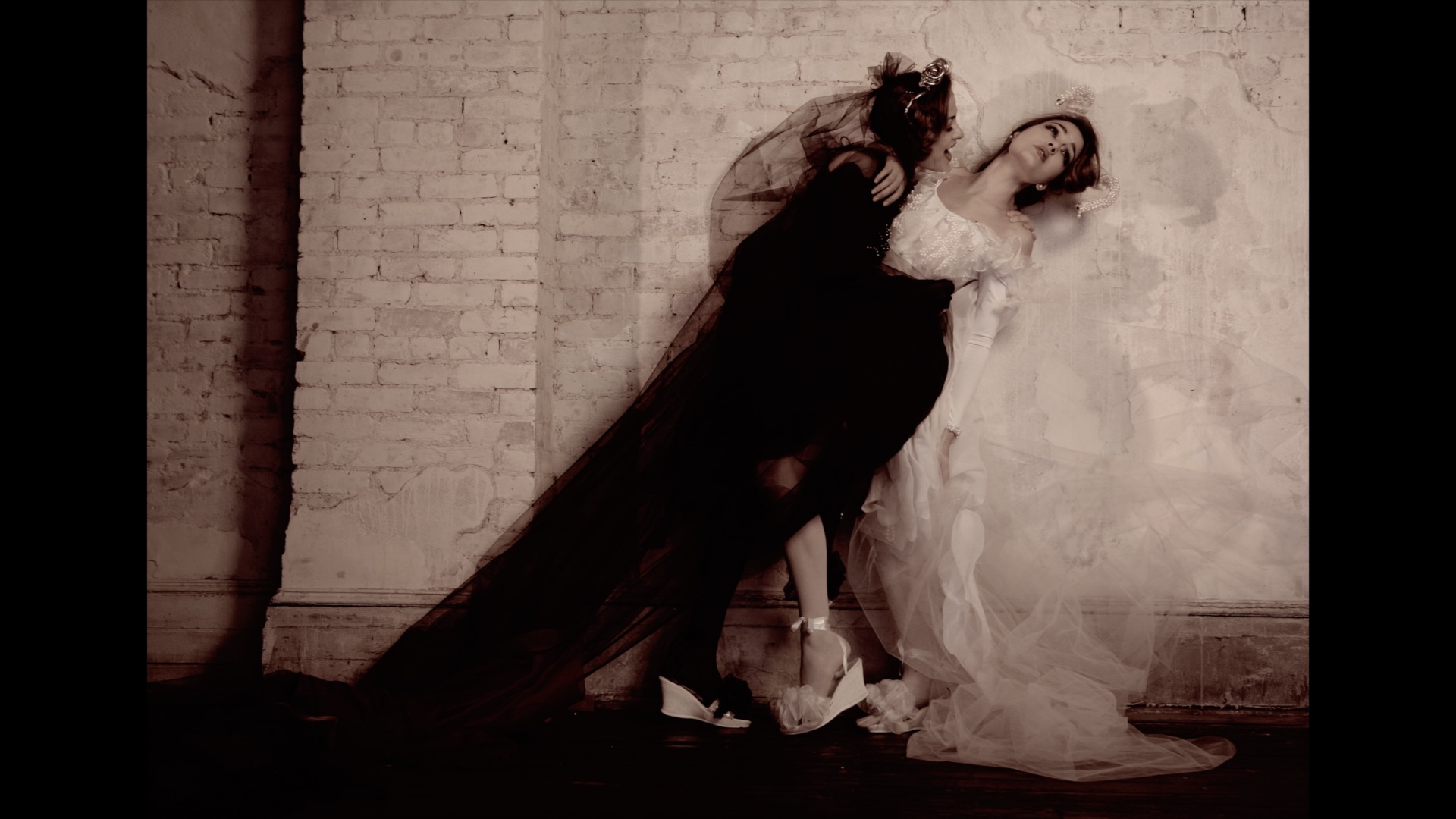